I’m excited and very honored to be opening for Nada Surf this January on the west coast. I’ve loved them for a long time, so this is an extra special one.

As we round the corner on summer, I thought it would be fun to share with a new EP called Blueprints, which gives a view into the framework that became Heartbreak City.

Two of the tracks on this EP - "Morning Light" and "Actual Size" - are demos of songs that made it unto the album.  The "Morning Light" that appears on the record isn't too dissimilar to the demo, though the demo is a bit more fleshed out.  The version on the record is REALLY sparse - the demo has acoustic and electric guitars, harmonies and synths.

The demo for "Actual Size" is quite a departure from the final version. I originally wrote it as a really uptempo, almost Queens of the Stone Age-meets-Can kinda thing.  Then when we got into the studio, producer Rob had an idea to slow it way down. I like what it morphed into, but in going back and listening to the demo, I really like that approach too.

"The Long Goodbye (Alt Version)" is just a stripped-down, acoustic version of that song (which is also on Heartbreak City).  I like this version too for its tenderness (yes, I used that word).  The stars of this are sick players who joined me:  Dan Iead (from The Broken West) on pedal steel, Scott Claassen (also from The Broken West) on piano, and Mindy Jones on vocals.  Mindy is an amazing singer.  Her day job is being Moby's singer, because I guess he doesn't sing or something?

The skeleton key - or keys, if you will - to what Heartbreak City MIGHT have been are the songs "Chosen One" and "True Love Runs Away."  I'd originally envisioned Heartbreak City as a sort of dark, nocturnal LA record:  more synth-y, midtempo, moody.  Obviously, that's not how it turned out, but had we gone in that direction, these two songs would've most certainly been on the record, and they give a sense of what that record would've sounded like.

I hope you enjoy this peek behind the curtain if you will.

You can listen to Blueprints HERE.

Thanks for listening,
Ross

Fall Tour with Strand of Oaks

In addition to Ross returning to play guitar in Strand of Oaks full fall tour, Apex Manor will be opening a string of these dates, listed below:

For more info and to purchase tickets, click HERE

Thanks to your friends at American Songwriter for premiering our 3rd pre-release single from Heartbeak City, out May 31st.

Listen to, and read about, the new single HERE.

We're excited that POPMATTERS has chosen to premiere our new video for "Asked & Answered"!

Click HERE to read the article and HERE to view the video.

A Note From Ross

This is Ross of Apex Manor. First, you’re probably wondering who I am and why you’re getting this — most likely you signed up through the marvelous NoiseTrade many moons ago and that’s when I got your address.

In any event, I haven’t had much to say for the past 8 years until today, and that is that my second LP, Heartbreak City, will be available on May 31 through Merge Records: this gorgeous, red peak vinyl, streaming on all the services and even CD — I specifically asked for no cassettes and they seemed more than happy to oblige. I’m not watching Goodfellas on VHS when I’ve got it on LaserDisc.

And to coincide with the announcement of my new record, Paste premiered the first single from the record today, ‘Asked & Answered’.

After I quit drinking, I didn’t know if I’d ever write songs again. I think I came to accept that. Then five years later, the songs on this record started taking shape and I realized I still could. But who knows — maybe you’ll hear it and think, ‘He should go back to drinking!’

I had a blast making this record. Every time I listen to it, I hear the energy and excitement of being in a room with two guys bashing out these songs. I hope you like single, and it makes you feel the way it makes me. 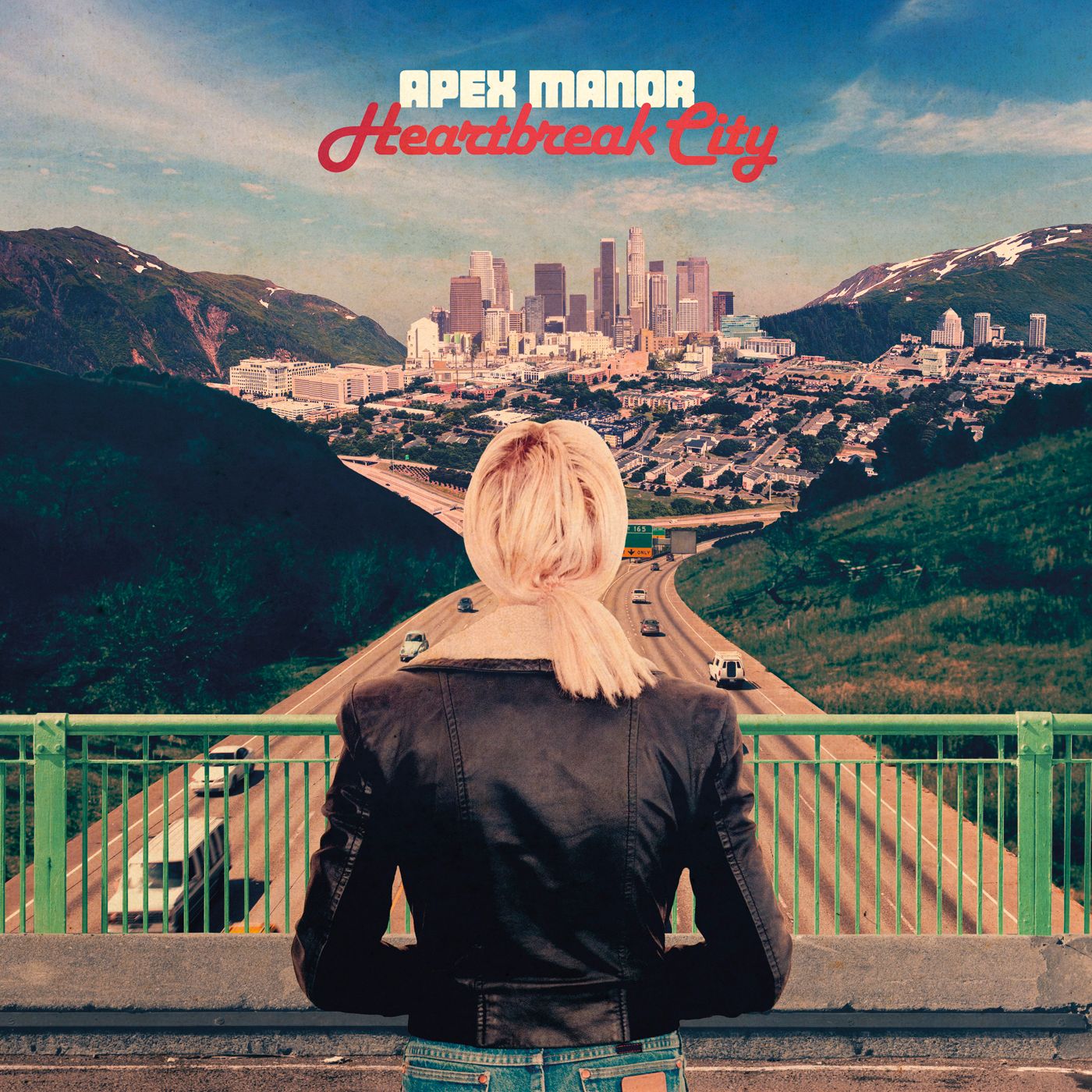 Grab your copy of Heartbreak City on CD or limited-edition blood red Peak Vinyl in the Merge store, or wherever records are sold. 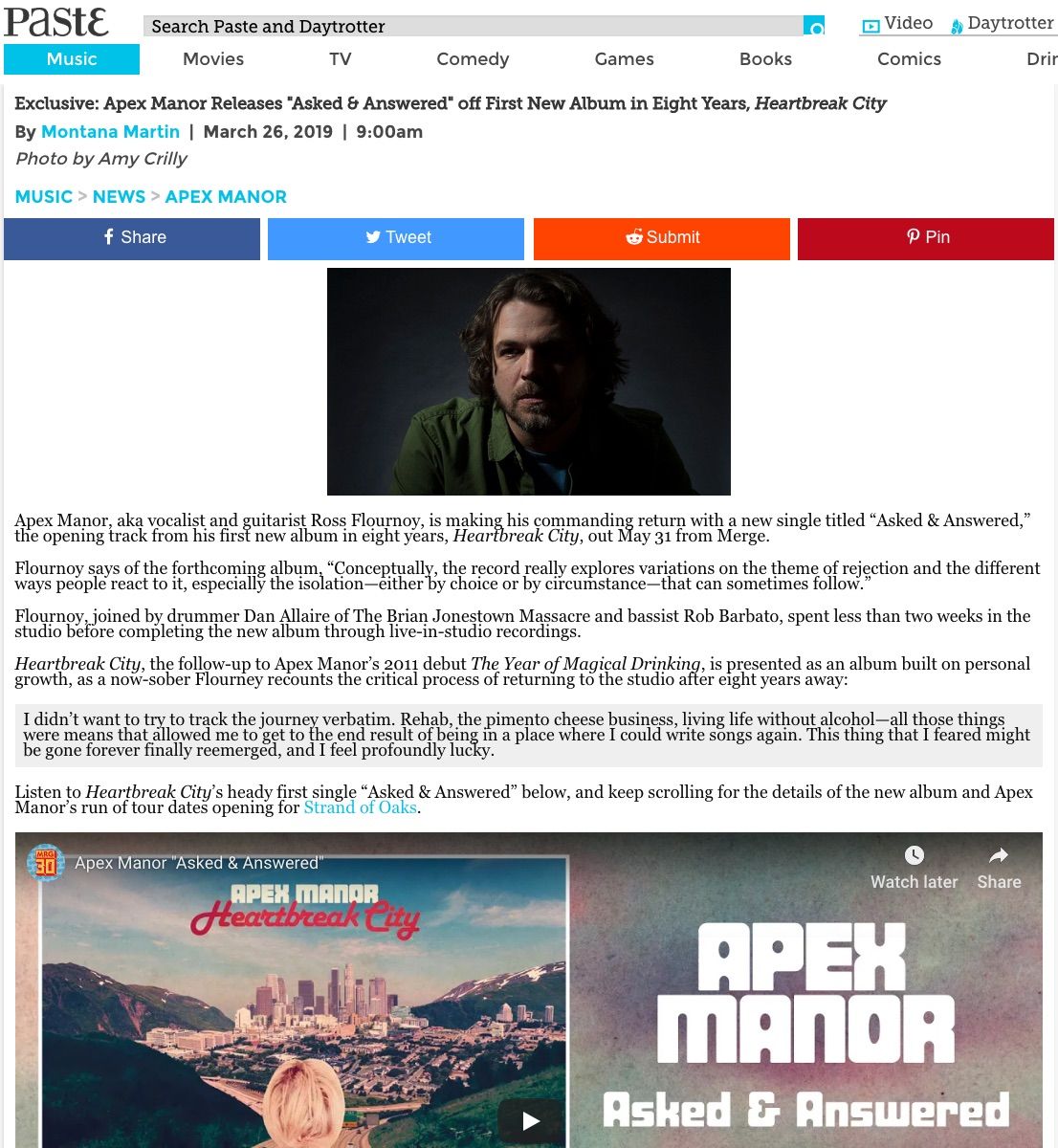 Get a preview of the new album with the lead single "Asked & Answered" on Spotify, Apple Music, iTunes and everywhere.